Due to current world events, please expect shipping delays and longer lead times. Thank you for your cooperation.

Celebrating 60 years of Subaru 360 series, we have spent countless hours on research and development to prepare restoration parts for Vintage Subaru cars.

Now we have wide selection of parts for Subaru 360 Series online! 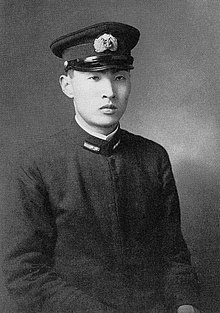 Currently, FHI makes Subaru brand cars, and its aerospace division makes parts for Boeing, helicopters for the Japanese Self Defense Force, Raytheon Hawker, and Eclipse Aviation business jets.  In 2003, the company adopted the logo of its Subaru division as its worldwide corporate symbol. In June 2014, the company entered into a contract with Boeing, as one of five major Japanese companies contracted, to build parts for Boeing's 777X aircraft. In 2017, Fuji Heavy Industries changed its name to Subaru Corporation.

The “Ladybug” became the first mass production K-size car in Japanese auto industry building 392,000 units between 1958 and 1970. In recognition of this, the Japan Society of Mechanical Engineers (JSME) has identified as 2016 Mechanical Engineering Heritage item. This 1958 Subaru 360 K111, preserved by Fuji Heavy Industries and displayed in a Subaru visitor’s center in Japan.

Subaru’s first mass-produced automobile, the 360 debuted in 1958, three years after Japan’s Ministry of International Trade and Industry established guidelines for a new class of minicars known as kei-jidosha (often shortened to “Kei”or "K"). Born of a need to reduce congestion in crowded, postwar Japanese cities, Kei cars were limited to a length of 3.0 meters (118 inches), a width of 1.3 meters (51 inches) and a displacement of 360cc (22 cubic inches).

Determined to make its new automobile manufacturing venue a success, Fuji Heavy Industries, parent to Subaru, enlisted the help of former Nakajima Aircraft engineers in designing the 360. Using the same monocoque construction found in airplanes, the 360 was both light (385 kilograms, or 847 pounds) and strong, at least by Kei car standards. Roomy enough to seat four adults and stylish for its time (the egg shape reportedly adding to the car’s structural rigidity), the 360 was powered by an air-cooled two-stroke engine producing 16-horsepower, good enough to give the car a top speed of 51 MPH. Later examples would achieve 25 horsepower from the same displacement, raising top speed to nearly 70 MPH.

Thanks to an affordable price point, the 360 allowed Japanese families to progress from bicycles or motorcycles to an enclosed automobile (albeit a small one). While conventional automobiles required proof of a parking space prior to registration, Kei cars could be parked on the street overnight without being ticketed, and as an added bonus were taxed at a much lower rate than larger cars. They delivered stellar fuel economy (reportedly up to 70 MPG) as well, a key consideration at a time when gasoline was an expensive necessity.

The Mechanical Engineering Heritage recognition was presented to the 1958 Subaru 360 K111 kept in the visitors center at Subaru’s Gunma Yajima Plant. Item 78 of 83 recognized by the JSME since the awards were originated by the JSME in 2007, Ran When Parked, tells us the Subaru joins just one other automobile on the list, a late1940s TAMA electric car. Other automotive milestones recognized include Honda’s revolutionary CVCC (Compound Vortex Controlled Combustion) engine, and Japan’s first automatic transmission.